This article is mostly copied from the original RBR article (article source), all credits goes to: Mad Alchemist: The author Ryan Shwayder.

The central purpose of this article--is that the Bitterness Ratio (BU:GU) that many homebrewers use can be easily made more accurate by focusing on more than Original Gravity and International Bitterness Units.

Some factors impacting beer balance are not numerically quantifiable in simple terms. Examples include the malt bill (e.g. 1 lb of Honey Malt contributes far more sweetness than 1 lb of Chocolate Malt--although I almost tried to factor SRM into the new calculation), adjuncts, yeast, mash schedule, and hop variety. You must use your judgment and experience with regard to balance in these areas, because numbers are limited in what they can express.

That said, one piece of data we have available to us is not figured into the standard Bitterness Ratio; attenuation. The more attenuated a beer is after fermenting, the fewer fermentable sugars--and therefore residual sweetness--are left behind. Without taking attenuation into account, the Bitterness Ratio is not quite as accurate as it could be in quantifiable terms.

For example: A beer that starts out at an OG of 1.050 at 25 IBU would be said to have a Bitterness Ratio of 0.5. If it were split into two batches and one had an apparent attenuation of 80% (Beer A), while another had an apparent attenuation of 60% (Beer B), Beer A would be perceived to be more bitter than Beer B, as the latter has considerably more residual sweetness.

The numbers in the tables and charts linked below reflect this theory that I have taken to calling the Relative Bitterness Ratio (RBR). The purpose of BU:GU and RBR are one in the same; to aid in properly balancing a beer against your taste expectations. Since balance expectations are set relative to all beers, we take into account a beer's Apparent Attenuation in comparison to the average beer, and increase the BU:GU if it is more attenuated than average or decreate the BU:GU if it is less attenuated than average.

The numbers listed under "Relative Bitterness" should appear familiar to those who have been using BU:GU for a period of time. The Relative Bitterness Ratio can be determined with a fairly simple formula using data you likely already have if you know your BU:GU.

RBR = Relative Bitterness Ratio. ADF = Apparent Attenuation. 0.7655 is the average ADF of all beer styles. Since the Relative Bitterness Ratio takes into account balance relative to all beer styles, it uses this as a constant. You are comparing your beer's ADF against the average ADF (0.7655), then adjusting the standard Bitterness Ratio accordingly (it goes up if your ADF is higher than average, down if your ADF is lower than average). Just like BU:GU, higher numbers mean more bitter, lower numbers mean less bitter, and 0.5 is roughly average balance.

How do you use this formula? Here's an example.

As you can see from the example above, the calculation is quite simple when you already know your beer's expected apparent attenuation, gravity units, and IBUs.

Brewfather calculates both BU:GU (Bitterness Ratio) and RBR (Relative Bitterness Ratio) for you automatically. And is displayed below the Hops section in your recipe. If you click the BU:GU or RBR in the recipe designer you will also get style guide ranges for these values. 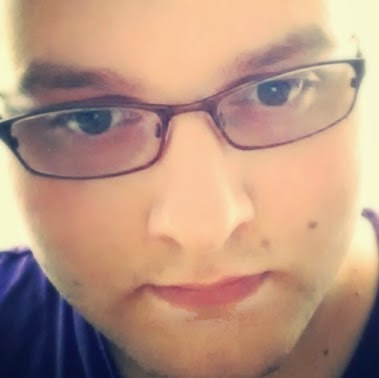